I get to double up on posts today, because I was too sick yesterday. 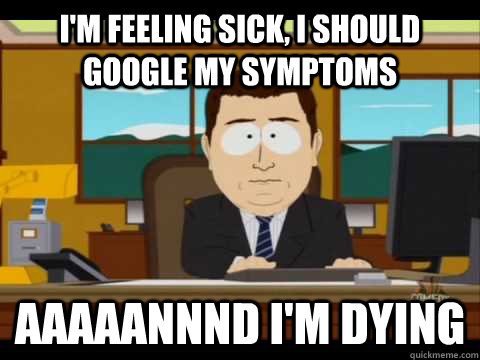 So today I’m combining thoughts on the writing process that I’ll be going through for NaNo. Given that I’m actually going to be writing a trilogy, a sacred trilogy, I’m going to be using a big ole excel sheet I told y’all about earlier this year.

I’m also going to see if my significant other is going to be down for a game today.

My assignment : Sparky the Dragon was chosen for me by Briana. I will accompany Sparky with a character of my choosing, and I choose William Denslie.

My assignment for Briana: I gave her Torga, from Natalsa.  She chooses Torga & Pimm.

You know what that means!!! SURPRISE GUEST BLOGGIN!

William Denslie was unaware of how he came to be in a flowery meadow, but given his upbringing, he somehow thought that this must be the afterlife & he had made the cut. He sat up and rubbed his head, his stringy hair matted to his forehead from perspiration. He shielded his eyes from the sunlight, and searched his surroundings. He smelled honeysuckle and lavender, and also heard a laughing stream nearby trickling incessantly. Bursts of blue horizon burst through the distance between trees, and a distinctive birdsong sounded at odd intervals.

“Hello!” He shouted, standing up and dusting off his dark blue jeans. The bells tied to his shoes jingled softly. The young boy began to walk around, uncertain if he was quite alone. “Olly olly oxen free!” He paused, listening for any response.

He grunted. “I guess it’s just me. Wonder if there are any berries around, I’m kinda hurtin’ with a hankerin’.” On he walked, confidently into the forest, knowing that he would find something good to munch on, even if it was just berries. He felt small insects buzzing across his face, and could have sworn he heard whispering in his ear, but he turned quickly and saw nothing.

“Weird. Very weird.” He scratched his chin, and felt stubble. He liked the sensation.  Determinedly, and without fear of discovery, he marched on. His back began to hurt mildly from ducking under low hanging tree branches, and from weaving through thickets. Finally, he caught up with the source of the trickling and discovered a stream. It was lovely, and very bright.

He knelt down and cupped his hands into the water. He poured some over his head, and cooled his sweaty face.

He heard a strange sound, and turned his attention towards it. He could discover nothing out of the ordinary, but then again he heard the sound on the other side of him.

He turned even more quickly, and caught a hint of red whir past him. He thought it was an unusually large bird at first, and then he felt a tinge of heat burn his shoulder.

“Owhey!” He jumped up, and swatted madly. “Ow, ow, ow!” William rolled, certain that he was catching fire. He rolled into the stream unintentionally, and his clothes became saturated, and therefore quite unlikely to catch fire.

He composed himself, and looked around for the source of the heat. He saw what he had originally mistaken for a bird buzzing around him, well, rather flapping around him. It had a long, alligator like snout, and tiny curving horns on its head, like twin dollops of chocolate. It shimmered as if it had scales like a snake, and William was astounded to realize that he was staring at a small, though quite real, dragon.

He waved his hand, uncertainly. “Hello, um, did you mean to burn my shoulder?”

The dragon did a loop-de-loop and landed gracefully on William’s knee. It’s golden eyes stared up into his chestnut brown, and the two regarded each other carefully. “I’ve never met a dragon before.” William said, holding out a finger to stroke the small thing.

The dragon titled his head uncertainly at first, but then allowed William to pet it.

The Dragon considered him, and after a moment, turned its head and blew fire onto some dead grass. It singed the brown, nearly transparent grass and it began to smoke.

“Firegrass?” William suggested. “Is that your name? It’s pretty cool.”

William jumped. “Ouch! Okay, maybe I was wrong. What is your name then?”

The Dragon bared its teeth and blew fire slightly, which caused only the tiniest of sparks to emerge.

The Dragon jumped up excitedly on the third guess.

“Well, that’s what I’ll call you then, Sparky the Dragon!”

“Sparky, do you have any idea where I am?” William didn’t expect an answer, and didn’t get one. After all, he supposed there were only so many things a dragon could answer with its inherent abilities.

William spent the night under the stars with his new friend, tossing twigs that were soon caught by the dragon & returned to him. “You’re a cool little guy, Sparky. Do you have a home?” William yawned, curling up under a tree as the little dragon did the same.

“Maybe you can come home with me, as soon as I figure out how to get home.” He said, and fell asleep within moments.

As he slept, Sparky snuck off, and came back with two small glowing fairies. The Dragon put his head on William’s cheek, and gave him a dragon kiss goodbye. The two fairies spoke some small, yet powerful, words of magic, and the young boy was returned home, safe and sound to his bed. Though, how he managed to get to the Fairie Forests of Titania in the first place were quite a topic of discussion for weeks to come.